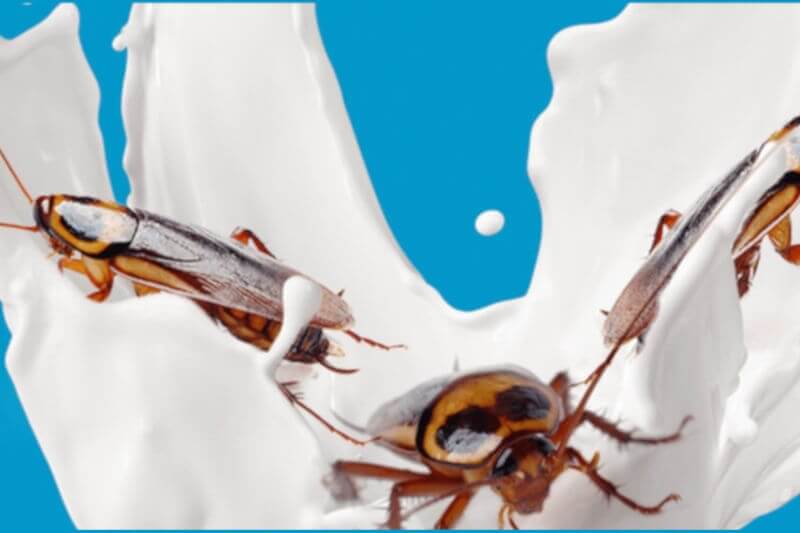 Ewwwww WT serious F?! I know. Exactly what I was thinking.

But there it was, cockroach milk, in the headlines, in all its glory, churning through this week’s international news cycle.

I’ll admit the daily tsunami of bulls*t “health” headlines barely makes me raise an eyebrow these days <snore>, but this one actually caught my attention for at least 10 seconds. Ok, maybe 11 seconds.

I posted the article to my Facebook page with the question, “would you try it?” Every person who left a comment, bar none, said no, hell no, f*ck no, and every other graphical iteration of f*ck no.

Despite western cultural biases, there is a growing interest in insect farming as a sustainable food source, with numerous research studies now appearing in this space.

I figured I’d put aside my cultural ignorance <gag!> and take a serious look at the science and nutrition behind cockroach milk, and then compare it to the latest media headlines.

What is cockroach milk?

Cockroach milk is derived from the brood sac of the viviparous Diploptera punctata cockroach (or Pacific beetle cockroach) which provides nourishment to embryos during gestation. “Viviparous” refers to the embryos receiving milk BEFORE birth as compared to mammals which provide milk to offspring after birth.

Despite the overly optimistic headlines, there really isn’t much research to support the superfood claims. I found only three barely relevant studies, one from 1977, one from 2004 and another from 2016, with the latter mentioned frequently in news stories.

In the most recent 2016 study published in the International Union of Crystallography Journal (IUCrJ), researchers at the Institute for Stem Cell Biology and Regenerative Medicine in Bangalore, India looked at the chemical composition and structure of the milk with a few passing comments on its nutritive value for cockroach embryos (not humans).

The authors clearly stated: “a single crystal of cockroach milk is estimated to contain more than three times the energy of an equivalent mass of dairy milk.”

Translation: it has three times the amount of calories per equivalent weight of bog standard dairy milk.

However, a recent news.com.au article blew this out of proportion and erroneously stated the milk was “actually one of the most nutritious substances on Earth, containing three times the equivalent mass of buffalo’s milk” and that “it’s also more environmentally-friendly than dairy or almond milk.”

Um, no. I read the research study. That’s not what it said. At all.

Nowhere in the published study did the authors state it was the most “nutritious substance on Earth,” that it was “three times heavier than buffalo’s milk,” that it was more “environmentally-friendly than dairy or almond milk,” nor that was even fit for human consumption.

A second study from 2004 by Willford and colleagues at the University of Iowa investigated the genes that encode proteins found in cockroach milk, identified the amino acid composition of these proteins, and discussed the association to the evolutionary adaptation of viviparity.

As in the Bangalore study, nowhere in the study do the authors make any reference to the benefits of cockroach milk for human consumption.

Have a look at the PubMed abstract or the full length article in PDF and decide for yourself.

An early study out of the University of Iowa looking at the composition of cockroach milk found it contained 45% protein, 5% amino acids, 25% carbohydrate, and 16 to 22% lipid. But again, no mention of the milk for human nutrition.

Is cockroach milk a nutritious superfood?

Despite the headlines, you can’t buy cockroach milk at your local Paleo cafe, nor are Hollywood celebrities touting it as a youthful elixir (yet). But hey, give Gwyneth Paltrow enough time and she just might spruik it on her quacky Goop website, right next to the jade eggs for your vagina.

So yes, it is technically true that research shows cockroach milk is high in protein, and low to moderate in carbohydrate and fat content, but there is no evidence that it’s good for human consumption above and beyond normal supermarket food.

And what about safety? There is no scientific evidence yet that the substance is safe for humans.

And finally, extracting cockroach milk would likely be a massively tedious and time consuming process, possibly making it difficult to be financially viable. The substance would likely have to be synthesised and bulk produced in a lab (if feasible). Watch this space.

Cockroach milk has been bandied about as a “superfood” and, while it might be “nutritious” when viewed strictly from a chemical composition standpoint in a lab – under an electron microscope – there are no studies yet on the human consumption of cockroach milk on any given health parameter.

As of this writing cockroach milk is just a hypothetical what-if. The headlines which churned and burned through the recent news cycle were just bullish*t clickbait with no substance. The writers of these stories appear to have piggy-backed a load of bad and poorly interpreted scientific information and twisted it into something it was clearly not (see my article on the media distorting health messages).

There is no such thing as a “superfood” and no single food is the holy grail. The healthiest diets include a wide variety of food choices in order to safely provide a full array of nutrients.

But hey, if you want to suck on the bottom of a pregnant cockroach, then knock yourself out! 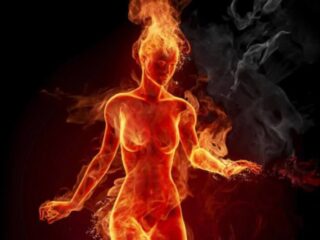 What Does "Fat Burns in a Carbohydrate Flame" Mean?
← Read Last Post 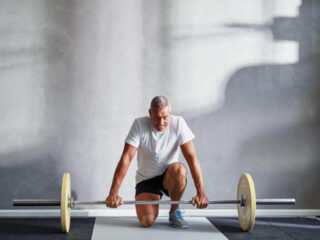 Retirement is Bad For Your Health (So Don't Retire!)
Read Next Post →
Click here to cancel reply.

Thank you for posting this! I am a PhD candidate and have been studying that little big for 5 years now. Every time I see one of those crazy articles it drives me batty and I email/tweet/whatever myself even crazier!

Hi Emily, Yes, I feel your pain. There is no shortage of over-hyped bullshit headlines and this one is a doosie. Cockroach milk isn't even something commercially available, yet all these news outlets are writing about it like it's something available at your local Paleo Cafe or supplement shop. Absolute idiocy. Just another clickbait headline and another nail in the coffin for responsible scientific reporting. Sigh....