Caralluma Fimbriata Review: Is it Effective for Appetite and Weight Control?

Home » Caralluma Fimbriata Review: Is it Effective for Appetite and Weight Control? I was recently approached by a company with a financial interest in the sale of the herbal slimming pill caralluma fimbriata.

Their aim was to line up a PhD-level academic to go on a prime-time TV program and support their contention that it is a “silver bullet in weight loss and fat elimination.”

The company provided me with a journal article (full article here).

What is Caralluma Fimbriata?

Caralluma fimbriata is a plant found around Africa, the Middle East, Asia, and India.

Much like Hoodia Gordonii, it has been used by indigenous hunters to suppress hunger and appetite and improve stamina.

While this may very well be the case, one must consider the physiological differences between traditional tribesmen who are very physically active versus obese people living in a sedentary environment with an overabundance of food.

The hunters would have very little concern for overweight or obesity and thus the fact that it may stave off hunger is of little consequence to their body weight (which is likely very lean).

On the other hand, the obese dieter may take the herb and possibly experience a mild decrease in hunger, but this is only one single factor of many which contribute both to weight status.

Safe and effective fat loss (and keeping it off) is accomplished through a combined approach of healthy eating, physical activity, and behavioral modification.

So taking caralluma fimbriata as a “silver bullet for weight loss” is a simplistic and naive view which promotes a “health in a pill” mentality and does not address deeper underlying obesity issues.

Blood glucose, lipids, anthropometric measures, and dietary intake and assessment of appetite were performed at 30 and 60 days.

In the study’s abstract, the authors state that waist circumference (a surrogate measure of risk of heart disease and diabetes) and hunger levels significantly declined over the intervention period.

Statistical trends towards a decrease in body weight, body mass index, hip circumference, body fat, and energy intake were observed from pre to post-intervention in the caralluma fimbriata group.

While this is an interesting preliminary study and should prompt more thorough and conclusive research, it is not correct or ethical to state it that caralluma fimbriata is a “silver bullet in weight loss and fat elimination.”

Unfortunately, a single study is not conclusive evidence that it is a magic pill.

The causes of obesity are numerous and this only addresses a single aspect (appetite).

While the 3cm reduction in waist circumference was “statistically significant,” one has to question whether or not this 3cm will translate into any clinically meaningful changes inside the body.

To corroborate these numbers, none of the metabolic outcomes were significantly different from pre to post so my guess is that statistical significance in this case has no practical connection to any real physiological improvements.

The lack of change in blood chemistry may be explained by the fact that reductions in waist circumference may have only reflected changes in subcutaneous fat (the external fat you can pinch) as opposed to the deep down fat around the organs (visceral fat) which is associated with metabolic problems.

The 3cm difference may have been influenced by a standard margin of error introduced by the assessors.

The body composition differences between the caralluma fimbriata and placebo groups were negligible and did not reach statistical significance anyway.

The skinfold methodology has a margin of error under which the differences between groups might have been subsumed.

In other words, it is difficult to say whether the method was sensitive enough to detect any legitimate difference in body composition.

Future studies would be wise to include more sensitive measures of visceral fat such as MRI or CT scans.

In a 2010 animal study in the Journal of Nutrition and Metabolism, Kamalakkannan and colleagues evaluated the antiobesity and antiatherogenic  effects of caralluma fimbriata (CFE) extract on a small number of rats.

The animals were divided into three groups:

2) a control group fed a high-fat cafeteria diet; or

Alterations in blood lipids and leptin associated with weight gain were also inhibited.

There was also suggestive evidence of a protective effect against atherogenesis (heart disease).

Clearly these are important effects given the prevalence of obesity and all its evil offspring (diabetes, heart disease, high blood pressure, high cholesterol/triglycerides).

Given it is a rodent study, it would be helpful to see these results replicated in free-living humans who are subject to many more “dietary distractions” (which sometimes makes it difficult to tease out the real effects of a dietary supplement).

As with any dietary supplement, it is also important to consider the safety effects of Caralluma fimbriata.

The scant evidence surrounding this supplement does not give us any firm long-term data to make a conclusive statement of safety, or potential interactions between pregnane glycosides (Caralluma fimbriata’s active ingredients) and other medications or supplements being taken.

Caralluma fimbriata is an interesting supplement which may have some usefulness in reducing appetite and inhibiting weight gain – clearly a much needed weapon in the war on obesity.

There is limited evidence in both humans and rodents which support these findings, however further research is warranted to more thoroughly evaluate the supplement’s safety and effectiveness on a long-term basis.

Claims that Caralluma fimbriata is a “magic bullet for weight loss” are premature and tend to neglect the practical limitations of the existing evidence.

The best available evidence still suggests that a healthy lifestyle which includes reduced calorie intake and increased physical activity levels is our best weapon for losing fat and keeping it off.

Caralluma fimbriata may play a role in facilitating this process, but consumers should be aware that it is a supplement, not a substitute for a healthy lifestyle. 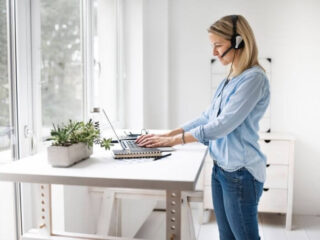 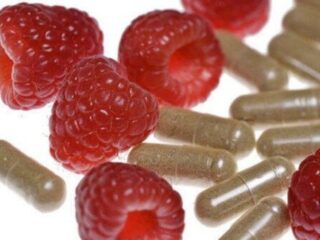 Thank you Bill. I heard about this pill on the View and I've been a little never about it. I have read the studies and appreciate your opinions.

Hi Dr Bill: Very well-written summation, thanks! We're including CFE in a (liquid) chocolate diet stick product we're developing. While CFE doesn't have as much clinical data behind it as some of our other ingredients, it is an intriguing suppressant. Your review was as good a summation as I've come across: wonderfully balanced and informative. I like that CFE has been used by humans for centuries-- extensively-- to no harmful effect. A lot of ingredients can't say that. And, unlike Hoodia, it tastes decent, in case you don't have the protective sheath of a capsule. :-)

Bill, I can honestly say I have never heard of this before. Thanks for shedding light on it because it's probably only a matter of time before it makes its way to the US. Joe

Hi Joe, You're right. I think it is already there, but it may not be on the mainstream radar yet. It seems every other year there is some sort of root or cactus popping up promising to curb appetite or stimulate metabolism. While this may technically be correct within the context of a scientific article, I think the extent to which it blunts appetite or increases metabolism in the general population may be different. Other lifestyle habits can possibly negate the potential benefits associated with such supplements (i.e., cutting back on cheeseburgers while continuing to smoke). Anyway, I think these types of supplements are interesting to study but consumers need to have the results framed appropriately so they can set realistic expectations. After all, the operative word is supplement, not substitute for a healthy lifestyle! Keep up the great work, Joe!