After nearly 30 years of searching, Irish rock star Bono finally “found what he was looking for” yesterday – and he found it in a most unexpected way: Pokémon Go.

In an exclusive interview with the Grammy Award-winning singer, he expressed his euphoria at capturing the elusive Mewtwo character.

“I had a serious cycling accident back in November of 2014 and went through a very difficult physical rehabilitation process. I thought this Pokémon Go craze would be a fun way to motivate me to exercise. Little did I know I’d become obsessed with capturing those slippery little bastards. And that bloody Mewtwo nearly led me off a cliff and in front of a speeding car. I chased him down for hours, finally nabbing him in front of the Guinness Storehouse. I was absolutely ecstatic.”

Bono explained that when he wrote the song I Still Haven’t Found What I’m Looking For back in 1986, he actually had no idea what he was looking for.

“The name of the song just kinda fit the music from a jam session we’d recorded. I wanted to preserve its artistic innuendo and leave it open to personal interpretation. But as the years went by, the song evoked a deep spiritual and philosophical quest for an elusive ‘something’ that even I wasn’t quite sure how to define.”

Fellow band mates guitarist The Edge and bassist Adam Clayton noted that Bono had grown quite depressed since his accident and also with the realisation that he might never find what he was looking for.

“Bono was always a beacon of positivity but after the accident, I started to notice changes in his outlook and demeanour. He just wasn’t quite himself anymore,” said The Edge in a phone interview from his seaside Mediterranean villa.

Clayton added that “Bono had grown despondent in his search to find the nebulous ‘something’ he was looking for and that he might not find it at all with his physical faculties compromised from the crash.”

Bono expressed his gratitude to the creators of the Pokémon Go app, suggesting that it gave him hope as well as helped him physically recover from his injuries.

“After hunting Pokemon characters the past several weeks, the gravity of the situation landed square on my shoulders. Pokémon Go not only helped me regain my physical strength but it’s PRECISELY what I’ve been searching for all these years. I now realise the reason I hadn’t been able to find what I was looking for is simply because it hadn’t been invented yet.”

Now that a healthy and fit Bono has found what he’s looking for, U2 fans can expect to find a more comfortable and confident sound on their forthcoming album entitled Songs of Experience slated for release in 2017.

In an interview with Billboard.com, Bono explained “It’s not finished yet, but you will like it. In terms of lyrics, it is stronger than our 1983 album War. It has more clarity.” 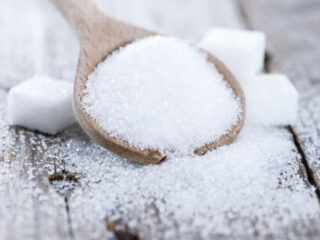 Is Sugar REALLY That Bad For You? An Honest Answer
← Read Last Post 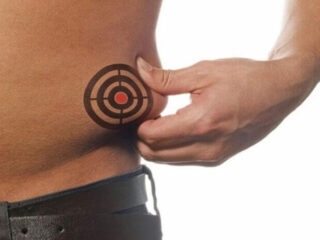