When it comes to reporting on obesity in the mainstream media, it seems that you only hear about its connection to diabetes, heart disease, and cancer.

While these claims are clearly valid and are supported by mountains of epidemiological evidence, I fear that the general public may be growing numb to this message much the same way everyone intuitively knows smoking is bad for you (even though plenty of people still continue to smoke).

Though obesity-linked diabetes, heart disease, and cancer steal the limelight on the 6pm news, there are a number of less popular health issues with which you should also be aware.

The additional gravitational load of obesity may hasten joint dysfunction and promote early-onset arthritis.  In a study out of Harvard University published in the American Journal of Public Health, obesity was associated with a greater number of cases of arthritis in baby boomers compared to the previous generation.

Obese individuals have a three-times greater risk of developing asthma compared to normal weight individuals.  The specific mechanisms are not well understood but may be associated with inflammation of the bronchial mucosa and submucosa.

Deep vein thrombosis (DVT) and pulmonary embolism (PE) tends to occur more frequently in obese individuals and may be associated with decreased mobility.

Pulmonary embolism occurs when a blood clot breaks off from a remote vein wall and travels back through the heart and then to the lungs.

A report published in the Journal of the American Medical Association based on 112,822 women found that obesity, cigarette smoking, and hypertension were all associated with an increased risk of pulmonary embolism.

Another write-up in Science Daily further underscores the relative risk of DVT in obese relative to normal weight individuals.

Gallstones are associated with obesity, perhaps due to higher levels of cholesterol produced in the obese state.  Excess cholesterol may enhance the likelihood of the development of gallstones.

In a society rife with quick-fix diets, it should also be noted that crash dieting and weight cycling (yo-yo dieting) can also hasten the development of gall stones.

Slow, controlled weight loss of up to one kilogram of fat per week is advised and reduces the chance of developing gall stones.

Obesity is also linked to other insidious conditions such as depression and, in women, polycystic ovarian syndrome (POS), amenorrhea, infertility, urinary incontinence.

What can you do about it?

Despite all the miracle gimmicks, gadgets, and potions on the market, the all-encompassing “secret” solution is that there is no secret.

Healthy FAT loss should be approximately 1/2 to 1 kilogram (1 to 2 lbs) per week.

Even if you don’t shed massive amounts of weight in the short-term, you must remember that every little bit counts provided you’re moving in the right direction.

Long-term weight loss data from the National Weight Control Registry in the US found that individuals who lost weight and kept it off made core lifestyle changes such as increasing physical activity, modifying food intake, and reducing time spent in front of the television.

For most people, the above recommendations are prudent and reasonable, but in cases of extreme or morbid obesity, a medically – supervised diet or surgery may be warranted above and beyond that which can be accomplished by simple run of the mill lifestyle changes. 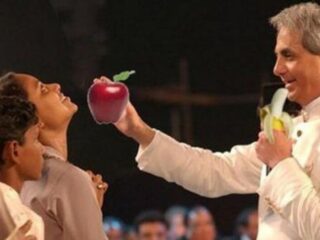 You Are What You Eat, But Careful Who Says So!
← Read Last Post 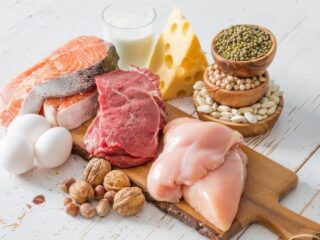 I get so tired of all of the overweight women who claim to "love" themselves "the way they are, don't have to be skinny to love myself" etc. etc. ad nauseum. This is an excuse to avoid moving and eating as if they really do love themselves. Good looks are reflective of good health. Poor health makes you look bad. Simple as that. One's HEALTH should be paramount. Forget about what you look like for a minute and think about how long you want to live and in what condition. Thanks for listing all of the diseases that are related to obesity. I posted this on my Facebook page in hopes that someone will read it and start on the road to positive change.